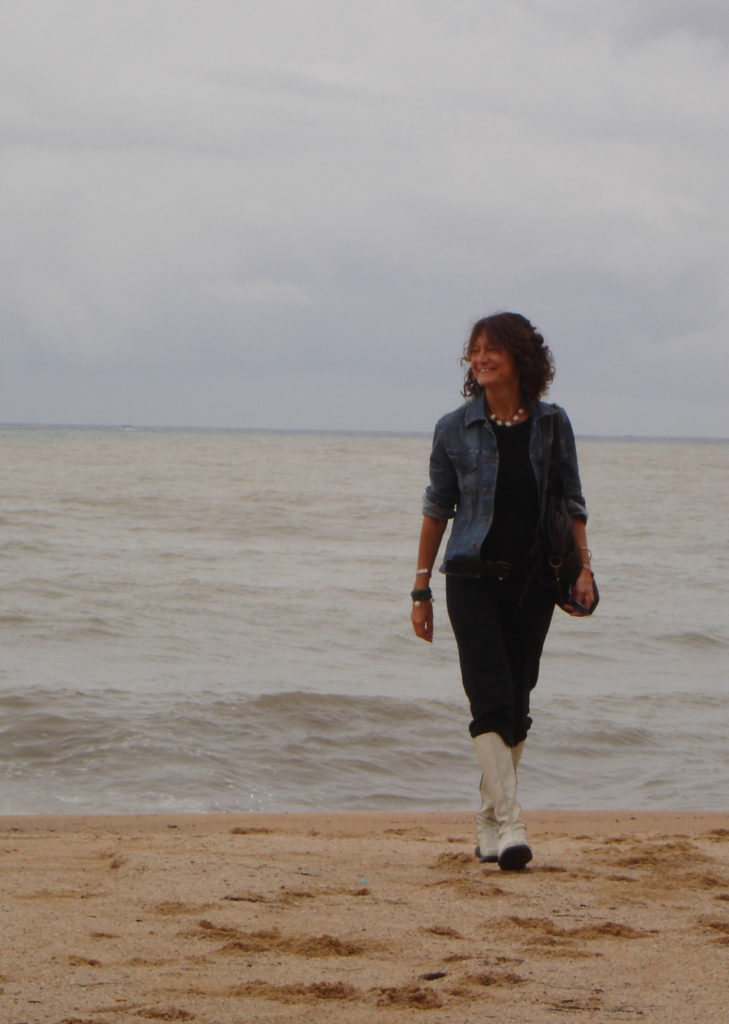 Mercè Sebastià was born in Barcelona one November 22.

If she had heard grandfather playing the piano perhaps she would have studied music.

But instead she remembers him painting, with great affection, in his office on C/Mallorca.

She has held on to the memory from a very young age of the smell of oil and turpentine and the light that came through the gaps of the blinds to fill and paint the space around her.

Years later she would became a student of Joan Hernández Pijuan at the Faculty of Belles Arts Sant Jordi at the University of Barcelona.

She specialised in painting.

She has held various exhibitions and has been nominated on numerous occasions for awards such as the “Premi de Dibuix Joan Miró”, the “Biennal de Barcelona” and most recently the “Premi de Pintura Torres García-Ciutat de Mataró”.

Blues and greens have been a constant element in her work.

Currently she resides and has her studio in Catalunya, at Baix Empordà.

Her realm is the Mediterranean.